Recently, I snuggled up in bed with my granddaughter to watch The Little Mermaid. Now, I had seen the movie before, but seeing it with a three-year-old was a little like seeing it through the eyes of a child. I was swept away by the story, the characters and the romance. Yes, I’m a romantic, and if you don’t think there’s romance in children’s fairy tales, well, you need to go grab yourself a blanket, some popcorn, and curl up and watch them again with fresh eyes.

My granddaughter and I fell in love with Prince Eric just as Ariel did. I was totally fascinated and could completely relate to Ariel. I cheered for her as she struggled to achieve her independence. I felt for her when her dad destroyed her collection of human things. I held my breath anticipating when she would achieve her biggest goal— (Do you remember what she wanted?) –feet. And I bit my nails as she tried and tried to get Eric just to kiss her. And when she finally got that kiss, I sighed with a warm heart.

As crazy as it was, I could totally see Kylie Galen, my heroine in the Shadow Falls Series, in Ariel. Kylie’s struggle of finding her own independence as she is becoming an adult is much like Ariel’s efforts to leave the deep ocean and see what the other world was really like. Kylie has Della, Miranda and Holiday to keep her laughing and Ariel had her humorous friends, Flounder, Scuttle and Sebastian. Kylie searches to find what type of supernatural she is and what it entails, Ariel seeks to discover what it means to be a human. In the final book of the Kylie’s journey, Kylie risks her life to save those she loves. Ariel risks becoming a slave to the evil sea witch in an attempt to win the heart of her prince.

Ah, the drama and romance. It’s no wonder I loved the fairytales when I was young. You don’t have to look far to know where my love of storytelling began. Oh…and when I asked my granddaughter what her favorite part was, she grinned, blushed and then said, “When Ariel was dancing with Prince Eric and he kissed her.” Ah, I think she inherited her love of romance from me.

I haven’t seen Brave yet, but I am planning on it. But another movie I love is Shrek. Don’t you think Lucas is a bit like Shrek? Hey…he’s no ogre. He’s actually very cute, but at times he comes off a little grouchy.

So…do you see any of Kylie in Ariel? Which of the fairytale movies are your favorites?

Today one lucky poster will win a bag of SWAG (promotional items). Which will include a Shadow Falls bag, a t-shirt, bookmarks, pads, and pens. So make sure you leave a comment. (Remember, you have to post your comments on www.cchunterbooks.com for a chance to win. Sorry, U.S. residents only.)

Last week’s winners of the t-shirts are Bianca Powers,  Jennifer Alston and Alison Troutman. Please send me your t-shirt size and mailing address to cc@cchunterbooks.com. Congratulations!

It’s Thanksgiving this Thursday? Well, here in the U.S. it’s Thanksgiving. That means lots of food, lots of desserts, and lots of family time. I’ll be in the kitchen cooking on Wednesday and Thursday morning. The crazy thing is that I’ll be cooking for two days and we’ll eat it all in less than an hour. Ahh, but I still love to cook. I love preparing all that food for everyone and watching them gulp it down. They appreciate it, I can tell.

We mostly eat the traditional Thanksgiving dinner. Turkey and dressing, fresh green beans, mashed potatoes, gravy, rolls, cranberry sauce, and about three different kinds of pie. I should start dieting now, just for that one day.

But Thanksgiving isn’t just about the food. It’s not even just about the family. It really is about giving thanks. And this year, I have a whole lot of things to be grateful about.

• I am thankful for all my awesome readers who have helped me climb the ladder in my writing career! Thank you, guys!

• I am thankful for my family, who continue to amaze me with their support. Hubby is doing the laundry, just so I can write more. Yes, I have some pink bras that used to be white, but I’m not complaining. LOL.

• I am thankful for my friends, who just like Della and Miranda are to Kylie, are always there for me when I need them. Not that any of my friends fight like Miranda and Della, but the laughter we share, the shoulders we offer each other during hard times, are much like the friendship you see in the Shadow Falls books.

• I am thankful for my granddaughter, who keeps me laughing. Just last week, she told someone that she was three and that meant she was old enough to use scissors and knives. When they told her she wasn’t that old, she held up out her hands and said, “Look, I’ve been using scissors for weeks and I still have all ten of my fingers.”

• I’m thankful for this crazy imagination and wacky sense of humor my parents passed down to me. When I sit down to write and these crazy ideas hit, I sometimes don’t know where they came from. Seriously, when I was writing the scene in Whispers at Moonrise and Miranda told Kylie she needed to use her witch powers to zap them a six pack of diet soda, and Kylie zapped a cold shirtless guy with a nice six pack to their kitchen, I do not know where that idea came from! But I’m so grateful these ideas do come.

So what are you guys having for Thanksgiving? What are you thankful for? Today, I will give away three Shadow Falls t-shirts to people who tell me what they are thankful for. Sorry, but due to shipping costs I must limit this giveaway to U.S. residents only. (If you are reading this on Goodreads, you must post your comment on cchunterbooks.com in order to be eligible to win.)

I just learned that Born at Midnight is up for the Readers’ Choice Award in Germany! What an honor! And something else to be thankful for. It is nominated in the Youth and Audiobook categories. All my readers have a chance to vote. Go to http://www.lovelybooks.de/leserpreis/2012/ . (Google offers a translation button at the top.) The categories are listed as Jugend (Youth) and Horbuch (Audiobook) in the German.  Select Born at Midnight in the checked box (abstimmen). It then asks for your name and then your email address. The only thing left is to hit “vote now.” Voting closes on November 29, 2012, so hurry!

Halloween is over and Thanksgiving is just around the corner. The leaves are changing on the trees, and it’s even cooled off in Texas! So, I thought we’d have some fun.  Everyone seemed to love voting on the images of the Shadow Falls characters.  So, I thought we’d have another go, but this time, I’m talking about the funny, sexy shapeshifter Perry and the edgy vampire Jonathon.

What do we know about Perry? Well, he defiantly has a thing for Miranda. He’s also a great friends to Kylie and has saved her butt several times. But how does he look? We know he’s blonde, but we also know his eye color changes (not to mention how he morphs into animals!). Here are a few possibilities for Perry. What do you  think?

So who is your Perry?

Now, what about Jonathon? Well, we know he had a pretty rough life. He shows his rebellion in his piercings and his street smart attitude  But becoming a vampire gave him focus and helped him get his head straight. So now he’s sweet on quiet Helen, the healer. Here goes!

Who do you picture when you read about Jonathon?

So, go ahead, I want to know. Who fits your vision of Perry and of Jonathon? 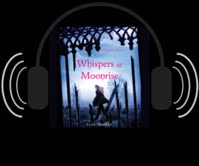 I’m so excited! Now you can actually hear Whispers at Moonrise. Macmillan Audio has released the digital audiobook. I was skeptical because I hear Kylie’s voice in my head. I hear all my character’s voices for that matter. I was worried Kylie wouldn’t sound like she does in my head. So, when I received a preview clip, I was a bit worried. But I have to tell you, I am very pleased.  Katie Schorr, the narrator  does a great job. She has Kylie’s voice and inflection down. I’m so pleased! And soon, Born at Midnight, Awake at Dawn and Taken at Dusk will also be available on audio book.

So, I am sharing a clip of Whispers at Moonrise here.

Whispers at Moonrise is available as a digital audiobook at iTunes, Audible.com, etc.  So, can you hear the whispers? Thanks to the audiobook, you now can.