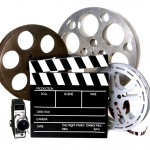 Do you know the most-asked question I get in emails from my readers? “Is Shadow Falls ever going to be turned into a movie or TV series?” Okay, some of you guys word it a little bit differently, but I swear at least once a day someone asks that question.

But even with all those questions inspiring me, I have to tell you that achieving this wasn’t even on my bucket list. Do you know what a bucket list is? It‘s the list of things you really want to do or have happen before you kick the bucket. Well, I never dared to dream that big. I mean… how could that happen to me?

I’m just a small-town girl with a bad habit of making up crazy stuff. Yeah, I write that stuff down, and it actually gets published. But to have a Hollywood producer say… “I want to make a movie/TV series about the crazy stuff you make up, is well, (as Kylie would say) unfreaking-believable.

Ahh, but it happened. Yup. I’m totally over the moon excited to be able to tell all my readers the film and television rights to my YA paranormal Shadow Falls series have been optioned by producer Steven J. Berger and his Provenance Pictures to be developed as a television series. Incidentally, Berger just wrapped up production on the independent feature film The Pretty One starring Zoe Kazan.

Now…I want to state up front that this doesn’t actually mean it is going to happen. Mr. Berger still has to sell the idea to a network or get a film company behind the project, but this is the first step, and I’m thrilled to be on this road. Thrilled to be able to tell all my cheer leaders that there is actually a real possibility of this happening.

So, in celebration of my wonderful news, I’m doing some giveaways.  I’m going to give away another Shadow Falls gift bag with all sorts of promotional items.  I’m also giving away FOUR copies of Whispers at Moonrise. And because I’m so excited, I want to include my fans from everywhere, so TWO of those books will go to fans who live outside the U.S.  To all of my readers who live overseas, this is your chance! Make sure you post a comment and be sure to include what country you live in. Tell me the name of the actor you think should play a part or just tell me what’s on your bucket list. And as I have recently learned, anything is possible. So go ahead and dream. Dream big! (Remember,if you are reading this on Goodreads, you must post your comment on www.cchunterbooks.com to be eligible to win.)

Have a wonderful day and Happy Holidays!