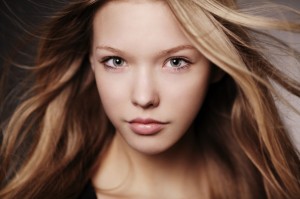 Miranda has had a lot to overcome, but she’s really come a long way since Kylie first met her. She’s gotten better and better at her spells. Oh sure, no one will ever let her forget when she turned Socks into a skunk. The poor cat still hides when he sees her. But she’s been working extra hard to learn new spells. She’s especially been practicing her protection spells. Being friends with Kylie and Della, she has a feeling they’re going to come in handy. And her latest spell she loves to cast is turning just about anything into chocolate. She’s even perfecting a spell to lite the fireplace and every candle in the cabin all at once. She wants to surprise Perry with it very soon, but she’s had some trouble with it. (Like setting her bedroom curtains on fire.) But she thinks she’s got it down now and is planning a very romantic evening with Perry, he just may want to wear something flame retardant.

(The above post originally appeared on The Reading Cave (http://tinyurl.com/lvcoxfv), 4/27/14.)

Last week, I posted three photos of possible Miranda’s, and I asked you to vote on your favorite. The image above is the one that received the most votes, and I think I agree. I can easily imagine her sitting around the kitchen table in her Shadow Falls cabin with Kylie and Della, drinking Diet Coke. I can also see this girl as Miranda in her novella when she competes in a magic contest–with disastrous results. But you’ll just have to wait and find out what happens once her novella is out. I’ll post the release date as soon as my publisher lets me know, so keep checking my blog.

And don’t forget, every three months I’ll be giving away goodies to my Street Team and Fan Club members who are out there on social media spreading the word about Shadow Falls and Della. So, get out there and let me know wherever you post about me or my books by sending me an email at cc@cchunterbooks.com.

Thanks to everyone who voted for their favorite Miranda. The winners of my giveaway are Samantha Wallace and Maria Chanon.  Congratulations, you have each won signed, hardback copies of Reborn and Eternal. Please email your mailing address to cc@cchunterbooks.com.