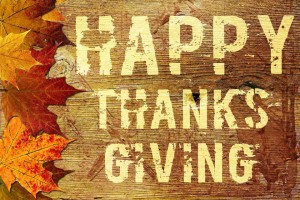 Happy Thanksgiving to everyone! I hope you will all take a little time this holiday to be thankful for what you have. Shadow Falls Camp is planning a very special celebration with turkey, stuffing, mashed potatoes and numerous pints of blood. Hey, vampires have to eat, too! Anyway, I hope you have a wonderful Thanksgiving surrounded by your family and loved ones.

Many of you seemed to like the interview I posted last week, so I thought I’d post one more this week. This interview originally posted along with a review of Unspoken on October 26, 2015 on Fiktshun.

1. In 25 words or less, what can readers expect from Unspoken?

A wild ride of action, suspense, and love that’ll tug at your heart strings. A story of forgiveness, and unlikely friendships that’ll make you laugh.

2. What has been your favorite part about writing the Shadow Falls: After Dark series/Della Tsang’s stories?

It’s Della.  Her sassiness, her spunk, her spark.  Okay, you know we all have a little smarta$$ inside of us.  And when I write her, I get to bring my inner Della out and let it party.  My husband calls it “Dellatude.”  She’s loyal, she’ll always have your back, but she’s not the girlfriend, you ask, “Do these jeans make my butt look big?”  Because that girl tells the truth, even when a white lie would have been much more appreciated. Writing her has been . .. as my grandmother would say, “a hoot and half.”  Writing this little spitfire has taught me that sometimes it’s okay to speak your mind.

Okay, I admit it.  I love Burnett.  He’s a grumpy, macho, sexy vampire.  He drives Della crazy by being so over protective.  But let me tell you, if he wasn’t in love with Holiday, I’d steal him.  His character has slowly evolved in all the books.  As a matter of fact, in Fierce, a novella included in  Almost Midnight,  out Feb. 2nd, you’ll discover a little more about his past and the reason he is the way he is.  Now Fierce isn’t Burnett’s story, but rather a story of another character that was a challenge to write.  But Fredericka Lakota demanded her own story.  I mean she  bugged me until I finally just cratered.  She wasn’t even a likely candidate, or even a likable character.  She was Kylie’s nemesis —someone everyone wanted to root against.  Yet, even archenemies have stories.  Some of them, like Fredericka, even deserve to be redeemed.  I never thought I’d find myself rooting for her, but boy howdy, when I learned her story, she got under my skin and into my heart.

4. If you had to pick one scene, or one moment, from Unspoken that was your favorite, what would it be?

That would be when Della and her father finally have their “talk.”  There have been times when writing this series, I seriously considered killing Della’s dad.  He was so hurtful to Della and it broke her heart and mine.  But she loved that man wouldn’t let me whack him.

5. Della and Chase have a rather… shall we say… complicated relationship. What do you think the biggest obstacles are for them to have a happily ever after? And, as the author, are you rooting for them or are you maybe rooting for the other boy in Della’s life?

Chase came into Della’s life under false pretenses—for good reason, but no one likes to be lied to. And Della, well, I don’t know if my readers have noticed, but she’s not exactly quick to forgive.  If Chase is gonna win her back, he’s gotta put up with some crap.  And Della knows how to dish that out in big scoopfuls.  Now as for who I’m rooting for…Whoever Della chooses.  But I can tell you this,in the Shadow Falls series, Della loves two guys—both are wonderful, caring and deserving of her love.  One of them is a better choice.  It’s not an easy choice.  But in good fiction and in life, choosing the right path, and the right person, is never easy.

6. Throughout both series, Della has had some great lines. What are your top three favorites? And has there been anything she said that made you shake your head and say, “Oh no!”?

I can’t tell you how many times I’ll be writing dialogue and think… Della, you can’t say that!  But she’d say it, so I was required to write it.

* From Reborn—Della defending that women can do anything guys can do to Burnett: “I will respect the authority, when the authority respects me!  And that includes my breasts!”  However, in Unspoken, she’s really tired of having to defend this issue and she puts it in another more direct way.  “Oh, please,” Della said.“Excuse me while I go and grow a penis so the sausage-and-meatball-toting gender will stop thinking I need a man to protect me.”

*  From Unspoken—Della’s dialogue to Miranda and Kylie when they walk in on a heated conversation between Della and Chase.  “I’m going to bed.  I don’t want to commiserate.  I don’t want a diet soda.  I don’t want to explain why it feels like the awkward fairy just came down here and pissed all over the room.”

7. I understand that UNSPOKEN is the final full-length book in this series. Are there any plans for another spin-off series about one of the other Shadow Falls characters? Or are there plans for any new novellas?

Well, I told you about Fierce and Fredericka’s story.  Right now, I’m working on Miranda’s book. The readers have already gotten into Miranda’s head in Spellbinder.  Throughout the series they have watched Miranda come into her own powers and overcome a lot of issues.  In this last book, Miranda’s newfound powers will be tested.  And she’ll have to make a decision between Perry and Shawn.   And because this is the last book about Shadow Falls, all my characters will graduate.

8. When ending a series what is the thing you miss most about it, what is the hardest thing for you to say goodbye to?

Just thinking about it brings tears to my eyes.  I’ve been with these characters for over five years.   They have made me cry, laugh and inspired me.  Yes, inspired me to change to grow.  I know that sounds crazy, because I wrote them.  But when you write a character, you give them the best of you and then you can learn from how they handle the crisis that you also toss their way.

If you could have me write another Shadow Falls book after I finish Miranda’s book, which character would you like it to be about?

33 thoughts on “Inside Unspoken”