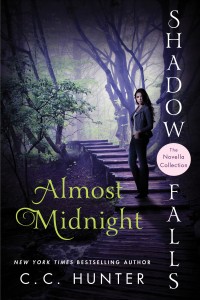 Hunter brings her amazing Shadow Falls universe back to us via this collection of novellas.  Each character gets a little section of the book, making for a lovely, quick read, and we get peeks at secondary characters as well.  Filled with action, this collection will knock you off your feet!

Don’t have a Kindle, NOOK or Ereader? Don’t despair! Almost Midnight is a printed version of all my Shadow Falls novellas–plus a never before released novella about Fredericka. You’ll be able to pick up a copy off book store shelves starting Feb. 2nd.  But you can pre-order it today and get it delivered to your door. Almost Midnight includes all of my Shadow Falls novellas: Turned at Dark, Saved at Sunrise, Unbreakable, Spellbinder and Fierce, Fredericka’s novella. 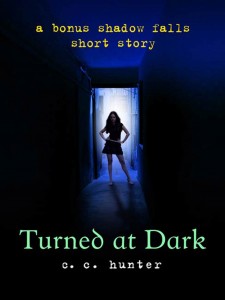 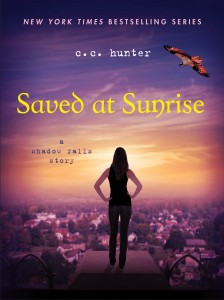 Camp resident Della Tsang, who’s still coming into her own vampire powers, is assigned to help find those responsible. If she succeeds, maybe she’ll even land her dream job: working for the F.R.U., the enforcers of the supernatural world. But when she sees that her new partner is a hunky shapeshifter, things get complicated. Steve, too gorgeous to be trusted and capable of seeing through her tough-as-nails exterior, knows just how to get under her skin. And only hours into the mission, Della realizes rogue vampires aren’t the only threat she’s facing. If she’s ever going to complete her assignment, she’ll need his help…but learning to trust him will be her hardest challenge yet. 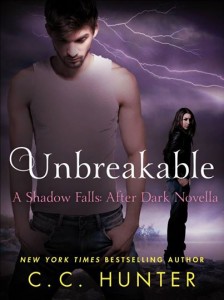 He isn’t everything he says he is. He’s even more…
Who is Chase Tallman, the newest member of Shadow Falls? What made him into the sexy, mysterious vampire he is today? And what led him to Della Tsang?
Step back in time and unearth the secrets that haunt him. The secret of how he became a vampire-and how he knows so much about being reborn. Secrets about his first love, his family–and what steers him toward Della, the beautiful, complicated girl he just can’t seem to stay away from. The one who makes him want things he thought he’d given up on long ago.
It all began with a research study, a palm reader, and a plane crash that sent him on a quest…for a love that’s unbreakable. 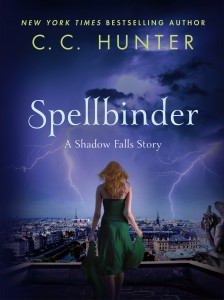 When magic, romance and family secrets collide, the result is spellbinding!

Miranda Kane has always felt like a screw up–at least when it comes to her ability to wield magic. Her only sanctuary is Shadow Falls camp, where she’s learning to harness her powers as a witch. But thanks to her shapeshifter boyfriend who called it quits and ran off to Paris, both her heart and powers feel broken.

When she unexpectedly lands a top spot in a spell casting competition in France, she flies out with her best friends Kylie and Della. But her trip takes her straight into the heart of a dangerous supernatural mystery–and a heated romance. What Miranda doesn’t expect is for her investigation to unleash shocking revelations…about herself, her family, and her arch enemy. Now Miranda must step up and show everyone that she’s a witch to be reckoned with….before it’s too late.

Also included into the anthology is Fierce, a heart-warming story about Fredericka Lakota and her struggles to let go of her past and to find the future she deserves, but the one guy who challenges her the most will lead her to the life she’s always wanted.

Get ready to be knocked off your feet!!!

Now available in print for the first time in Almost Midnight, these enchanting novellas will reveal a side of the camp that you’ve never seen before…and live in your heart forever.

Can’t wait till Feb. 2nd? I’m giving away an Advanced Reading Copy of Almost Midnight to someone who leaves a comment on this blog. (If you are reading this on Goodreads, you have to go to my website blog to comment for a chance to win. Also, sorry, but I have to limit this giveaway to US residents only.)