There are young people in the world struggling with learning differences (sometimes called learning disabilities) who may or may not feel they aren’t as good as those who don’t have these disabilities/challenges.

Last week, you heard from YA author Bethany Averie about her learning difficulties and how it affected her life. Most importantly, she told you how she learned to cope with her disabilities and go on to become a multi-published author. (If you didn’t read her interview, you really need to!)

This week, I have another author for you. Like Bethany and me, Ryan Jo Summers grew up struggling with a learning disability. She is sharing her journey with us today.

Our wish is for you is to never be afraid to dream big. In a world where less than someone’s definition of perfect can mean the difference between acceptance and rejection, we want you to stand up and pursue those dreams no matter your learning disabilities/difficulties. Don’t let those things stop you. If we can do it, so you can you!

Given the sensitive nature of this topic, we ask that those who choose to comment only post positive and encouraging comments. We’re wanting to build people up and inspire them, not bring them down.

My name is Ryan Jo Summers. I write contemporary romance fiction and free-lance non-fiction, essays and scribble poetry for fun/ therapy. I have written a YA novel, working title of Flashes of Lightning and currently am working on trying to find a publishing home for it. I love animals and six of the seven animals living with me are rescues with their own luggage of differences. Three are occupational hazards of when I used to be a veterinary technician.

What are your learning disabilities/difficulties and do you remember how/when you were diagnosed?

Dyslexia, poor eyesight and being left-handed were the biggies. Now days we don’t see being left-handed as a disability, but back when I was young, it was unacceptable to be ‘different’ from everyone else. Because of the poor eyesight, I struggled to see the blackboard. It took to the middle of second grade for my parents and teacher to figure that out, so by the time I received glasses, the impaired learning was already set.

As a result of being ‘different’ I was frequently called “retarded” at home by my family, who did not understand my issues were either not really issues at all or could have been easily corrected much sooner. This degrading caused low self-esteem and certainly depression at an early age, which fed into the “I’m retarded and useless” thinking, which fed into the “I can’t learn” mentality. I also suffered incredible headaches, which made it hard for me to concentrate, retain information or recall information.  I had small seizures, in which I drifted off and became ‘lost’ to what was happening around me. To many, that just confirmed I was ‘retarded’.

To this day, I still loath and cringe at the word ‘retarded’. 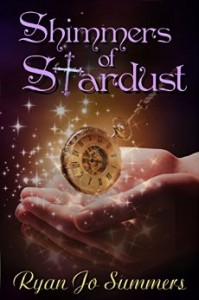 It would take many years—up into Jr high to prove my family wrong. There was never an official diagnosis until I was grown. And made it a point to educate myself.  I eventually outgrew most of my difficulties. Eyeglasses brought the board into my world. I studied hard, brought up my grades. In Jr High and High school, I carried a 4.0 GPA. I took advanced, challenging classes, excelling in English and science courses. Finally no one could call me ‘retarded’. I still struggle with dyslexia, especially with numbers. And today being left-handed is no big deal. The headaches were finally diagnosed as migraines, once I left home, and I take daily medication for both that and the occasional seizures I used to have.

Since finding out, what are your emotions towards your learning disabilities/difficulties? Why?

I don’t recall much, except resenting and being hurt by my family’s insensitive actions. They were supposed to be my support system. Not the case. I was socially challenged, not having many friends until I became a teen. Eventually, I learned to use school as my place to escape, a place where I could earn acceptance by the school staff. That unconditional acceptance was a precious blessing to a depressed and lonely kid. I could work hard, study hard and knew my teachers appreciated my efforts. Now I know that was wrong, in a way, but it worked then. I regret my family could not have been understanding and encouraging of my struggles, instead of adding to them.  To this day, it still hurts.

I feel parents and school staff should be more open to correctly diagnosing symptoms they see instead of quickly slapping a label on them. I raised two special needs step sons from the ages of 3 and 6. The older one was considered ADHD & Learning Disabled and the younger one was considered Learning Disabled. The older one was hyper, but he was also acting out because of his parent’s divorce, the fact he had no control in his life and he was angry and scared. The younger one certainly was slow to learn, at three he uttered instead of talking and was not potty trained yet. Like me, he was a bed wetter well into his teens. Much of his issue was reinforced by his older brother’s treatment to him. He eventually caught up to where he needed to be and today is an eloquent, intelligent, and methodical young man.

What would you say to someone who has them who thinks they’re not as good as other people because they have learning disabilities/difficulties?

You are just as good as the rest of the world. You have something to contribute, too. Never, ever, let anyone tell you are less. You may have to try harder, but that application will be noticed. You don’t have to listen to negative, ignorant or cruel people. Never hang your head in shame. There is nothing to be ashamed for. Make no excuses. Make change. Make your own mark.

How have your learning disabilities/difficulties shaped you/what you do?

I had to become tough. To think outside the box of what seemed normal for everyone else. To believe in myself. To focus on the positives and the now. To know when to walk away from those who intended to harm me. Words do hurt, but I don’t have to stay and listen to them. I have strong opinions and I have to watch how they sometimes come across. I still struggle with occasional bouts of depression but have learned to cope. I write, draw, create poetry, cook, whatever works. Hug my dog. Water the plants.

Clearly, I don’t have much of a relationship with my family, so I have become resilient and independent. I treasure the friendships I have. My experiences in life make it hard for me to trust, but I am learning. I am also much more open minded and compassionate.

Briefly tell us about your Young Adult (YA) books, etc.:

Flashes of Lightning is the coming of age story for 16-year-old Tabitha McGowan. She loses her best boyfriend buddy and falls into a world of new friends. She is introduced to Magick, and falls for the bad-boy new mechanic in town.

She becomes estranged with her family. The reader follows Tabitha’s journey from typical teen to young adulthood. She makes lots of decisions, some good and some not so smart. She is a kid, a young lady, many can identify with and root for.

My other books are adult romance, written in a twisted blend of contemporary, time travel, mystery, inspirational, suspense, paranormal and sweet romance. They can be found at Amazon, Barnes and Noble and Smashwords Most are novels, with one anthology and one novella.