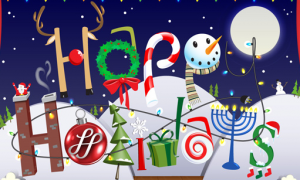 It’s that time of year again. It’s hard to believe it’s going to be 2017. This past year went by so quickly, and each year seems to go by more and more quickly the older I get. I don’t know why that is because each year still has 365 days. But around this time, I always find myself looking back over the previous year and counting my blessings–and there have been many. I said a final good bye to my Shadow Falls characters in Midnight Hour, my final Shadow Falls book. Now that was hard–really hard, but I’m a better person for having known them. I also wrote a new book, unrelated to Shadow Falls, but it’s still about friendships, has a bit of paranormal, some mystery and a lot of heart. I’ll let you know when to expect it in book stores in a bit. I also did some traveling in 2017 to many states in the U.S. and also to Denmark, which was beautiful. I met so many of my fans this year at book stores, conferences and book fairs. I appreciate you all more than you know. So, thanks for making 2016 a year to remember and be thankful for.

As I look ahead, I’m thinking about what 2017 will bring. I already have some exciting things planned–but I can’t say anything about that just yet. So, I guess you’ll just have to wait. 🙂

I have my final giveaway of 2016. If you leave a comment telling me about something wonderful that happened to you in 2016, you could win a signed foreign edition of one of my books.

Wishing Happy Holidays to you all!