October 30, 2016, Angela from The Reading Cave sat down with Kylie, Della and Miranda for an interview. I thought I’d share it with you.

Angela: (Sitting in a cool coffee shop near the college with Kylie, Della and Miranda):  Congrats, gals!  I hear you just graduated.  I know y’all are planning on living together at college.  Can you tell me a little about your new place (is it a dorm, apartment, house rental).

Kylie:  We decided to go with a house.

Della:  Duh, can you image us living in a dorm?

Miranda:  Yeah, I mean with Della’s vampire ‘tude, Kylie’s glowing issues and my witch craft goofs, we all decided living by ourselves was the best thing.

Kylie:  Yeah, but we love the house.  It’s a three bedroom, two baths and nice living room and kitchen.

Della:  Yeah, but it stinks.  I think three college guys used to rent it. It smells like old beer and dirty male underwear.

Miranda:  I told you I could cast an aroma spell on it.

Della:  Sorry, I know you’re some big tree witch now, but I still don’t trust your powers. There’s no telling what you might conjure up.

Miranda:  (Rolling eyes and groaning) Can’t you ever lose the ‘tude?

Angela: (Looks at Kylie)  Are they still fighting?

Kylie:  To paraphrase Della, Do bears crap in the woods?

Miranda:  But we love each other. 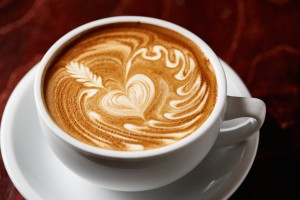 Angela:  Freedom sounds so refreshing!  No more answering to adults although I have a feeling Burnett will have a bit of a hard time not checking up on y’all.  What are you planning on studying?

Miranda:  (Smiles)  I hate to say this, but it doesn’t feel a lot different.  I think toward the end, we pretty much did what we wanted to.  And Burnett isn’t as bad as Holiday.  She’s dropped in four times.  Not that I’m complaining.  But the last time she showed up, she had tears in her eyes when she left.  She says Shadow Falls isn’t the same without us. We all almost started crying.  I mean, we love it here, but we miss home.

Kylie:  (Nods and then laughs) Yeah, but when Burnett showed up I swear I had to talk him out of setting up an alarm system.

Della:  Yeah, and I told him we didn’t need an alarm.  Not as long as I’m here.  And as for what I’m majoring in?  Criminal Justice. My plans haven’t changed.  I’m going to work for the FRU.  I want to kick ass and catch bad guys.

Miranda:  I’m getting an education degree. Holiday has already guaranteed me a job teaching at Shadow Falls.  But I’m also hoping to work with dyslexic kids.  Teach them that dyslexia isn’t something that should stop you from achieving your dreams.

Angela:  (Looks at Kylie) What about you, Kylie?

Kylie: Psychology.  Holiday even said she got a glimpse into the future.  She said I’d go in that direction.  But . . . I might take some courses in Criminal Justice, too.

Angela:  You want to work for the FRU, too?

Kylie:  Not full time.  Just special cases. When they need me. 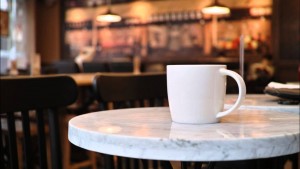 Della:  She’s a protector and can turn invisible.  That means she can kick butt like nobody can and walk into a room and spy on people without them ever knowing.  The FRU needs her.

Angela:  Long distant relationships are hard, do you gals have a game plan for how you are going to handle it?

Miranda:  School’s is only about an hour away.  It’s not really long distance.  The biggest problem is finding the time.  Perry, Lucas, and even Chase are all taking classes at the junior college in Fallen and working part time with the FRU.  So we usually see them two or three times a week.  I wish it was more—I really miss him—but between the studying and classes, it really is probably for the best.

Della:  Lucas is the worst.  I mean he’ll show up here at 2 in the morning sometimes.

Kylie:  Chase does, too.

Della:  Not as bad as Lucas.  I’ve heard him come in for the last three nights.

Kylie:  (Smiles)  So my boyfriend misses me more.

Miranda:  Please.  Perry misses me so much he’s miserable. He would fly here every night if I let him.  But he has to study and work with the FRU. Living on six hours of sleep a night isn’t enough for him to be on top of his game.

Angela:  Can you hint about what you guys are doing after graduation?

Kylie:  Like Della and Miranda, I’ll probably go back to Shadow Falls, too.  With all the chameleons starting school there, Holiday needs another counselor.

Angela:  So all three of you are planning on going back?

Miranda:  Why not.  It’s home.  Not to disrespect our parents and that home, but Shadow Falls is where we learned who we are.  It’s where we faced most of our demons.  It’s where we really figured out our place in the world.  If we can help other supernaturals find that, then we’re happy to do that.  (Kylie and Della nod along with Miranda.)

Kylie:  Yeah.  (Kylie holds out her left hand and proudly shows off her engagement ring)  It’s official.  We’re getting married as soon as I graduate.

Angela: Congratulations.  (She looks at Miranda and Della.)

Della:  I don’t have a ring, but Chase is my soulmate.  And he’s already asking about the kind of jewelry I like.  He can’t hide shit from me.  I know he’s shopping.  (She smiles and her eyes lights up with love.)

Miranda:  Perry hasn’t come out and asked me.  But he’s hinted plenty.  He’s even shopping for a house and made me go see one right outside of Fallen.  He said I need to like it, because it’s going to be our house.

Angela:  So all ends well?

Miranda:  It’s been a wild ride for all of us.  We’ve felt pain, we’ve laughed, and we found love.   We’ve discovered our strengths.

Kylie:  We’ve discovered who we are.

Della:  We’ve learned life comes with changes and to accept them is the only way to survive.

Angela:  So is this really goodbye?

So, tell me how you think Kylie, Della and Miranda will do in college? And do you think they’ll all end up back at Shadow Falls Camp?