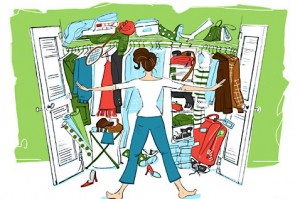 It happened.  My closet had gotten out of control.  So hubby and I were cleaning it together.  We had clothes and shoes strewn all over the bedroom floor.  Hubby’s was on the floor, holding up items and asking, “Keep or throw?”

He picked up a purse.  I saw it was worn on the bottom, so I said, “Toss.  But check to make sure nothing’s in it.”  I swear I did not know what was it there.  Had I known, I wouldn’t have been in the house.

He stuck his hand in the purse, moved it around and then turned the purse over and shook it.

I saw it fall out.  A scream rose up my throat.  I leapt back. 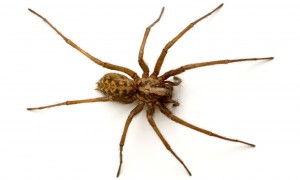 It was the biggest darn spider I’d ever seen.  I swear I saw the thing blink.  It landed on all eights, crouched down like a dog ready to attack.

I screamed, one of those kind of screams that come from the belly button area, and I started doing the It’s-a-Spider-Dance.  Hubby grabbed a shoe and smashed it.  And believe me there was a lot of smash to clean up.  Which hubby did. Guess who is going to be cleaning the closet out by himself from now on?

Who says closet monsters don’t exit? What’s in your closet?

5 thoughts on “What’s in your wallet? Purse? Closet?”