What makes a guy attractive to women? Oh, I know, our tastes vary. Some of us like muscular guys, some like slender guys, some long hair, others like their guys with short hair. Maybe you like a strong jaw or a certain color eyes, or full lips or a rugged completion. But there are certain generalities for each era that were thought to make a man generally attractive. Looking back, we only have painting and sculptures as evidence. But generally, throughout the ages, the ideal man was muscular (and a bit more muscular during the Middle Ages to be able to support the weight of a suit of armor) with classical features. In short, men were manly men. But things started to change in the 17th century when clothes became very elaborate and men sought to look fleshier in their clothes as a 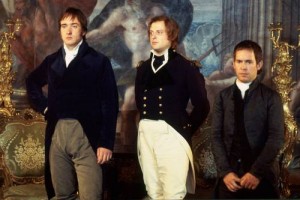 sign of prosperity. The 18th century took that further and added faces painted white with rouged cheeks and a powdered wig. And yes, men wore heels. With the 19th century came the dandy with corsets, heeled shoes and padded calves. (And you thought women invented padding their assets!) And don’t forget those tight breeches—think Mr. Darcy in Jane Austen’s Pride and Prejudice.

I remember the hippie, metro sexual, and the feminization of the male. But now, we’ve gone from the man bun (does anyone like that look?), to full bearded, lumberjack look. 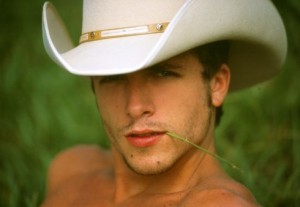 And it doesn’t end here. Our idea of ideal beauty will continue to change and evolve. Me, I like manly men, and I love a Texas cowboy—the real thing! What do you find attractive in a male?