(Warning This Title May be Misleading.) 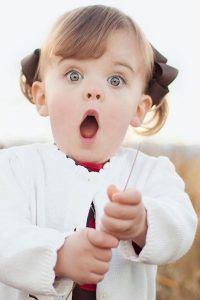 The one and only time I made money taking off my clothes was in a fifth-grade school bathroom.   A certain girl, a bully, kept accusing me of stuffing my bra.  Yeah, by eleven, I was a B cup.  After weeks of torment from this girl, one day she pulled out a five-dollar bill and announced with snark and sass—in front of about fifteen girls—that she would give me that money if I would go in the bathroom and prove I didn’t have tissue in my bra.

People were watching, and for the first time, I wasn’t just embarrassed, I was furious.  So I dropped my books on my desk, and said “Come on!”

The two of us went into a stall.  I yanked my top up, lifted up my bra, then I grabbed the $5 bill and left that bathroom holding that bill out like a trophy for everyone to see.

That was one of the two times that I felt I’d bested a bully.  The other was in seventh grade and actually resulted in a fight.  I was the quiet girl, being dyslexic, I felt as if I wasn’t as smart or as cute as my peers. I know I wore my insecurity on my sleeves.  Which made me a target.  And this particular girl had tormented me for over two years.  I didn’t make money that time—I kept my clothes on—and I can’t even tell you if I won that fight.  Oh, but I remember being summoned to the principal’s office.

Of course this girl said I’d started it and made me out to be the bully.  When he informed me that because he didn’t know who was telling the truth, both this girl and I were suspended, I was so outraged that I found some courage.  I pointed out that I was certain this girl had been in his office numerous times for this very offense, because duh, she was a school bully.

With fire in my belly and leaking out in my voice, I asked him to find my records and tell me all the times I’d been in his office.  “What’s wrong?” I asked him, when he didn’t turn to the file cabinet.  “Maybe it’s because I’ve never been in your office?  And you still don’t know who you can trust?”

He listened to me.  Then he rescinded my punishment, but not for the school bully.

I like to remember those two times when I somehow found my voice and the courage to stand up for myself.  Recently I had a conversation with someone about my writing young adult novels. I told her one reason I felt I could write relatable teen characters was because I hated being a teen.  She laughed and told me that she, too, hated high school.

Today, I’ve tapped into my self-confidence.  I’m no longer quiet, and I’m comfortable with who I am.  I think writing did that for me.  But when I look back at my younger years, I get angry at my younger self for all the times I didn’t defend myself. Sadly, this isn’t just something that happened back then.  It’s something that’s happening today. So many teens lack self-esteem and confidence.

I also know that the bullies are probably dealing with the same kind of low self-esteem.  They bully to feel better about themselves.  Not that it’s okay.

I often ponder why so many teen girls deal with this.  Is it society’s view that all females should be pretty and beautiful? That we know the perfect standard and know we don’t measure up? Can bad body images cause this?  Or is it more?  Was my own self-doubt caused from being dyslexic and feeling less intelligent than my peers? Was it because I matured early and that caused bullies to attack me? Or is it all of the above?  Whatever it is, I wish I could fix it for all the girls today.

While it isn’t a cure, I hope by writing characters with their own insecurities, by showing my fictional heroines finding the strength to stand up for themselves, I’m offering girls a chance to tap into their own self-confidence.

Both Riley Smith in The Mortician’s Daughter and Leah McKenzie in This Heart of Mine are confronted by bullies.  Both find a kernel of courage to confront those bullies, to hold their chins high, and to use their voices to defend themselves against people who treat them as if they don’t matter.

As a teen, did you suffer from self-esteem?  Or, are you a teen now and suffer from it?  Have you ever had to stand up to a bully?  Do you have any advice for others who face these issues?

The winner of last week’s giveaway is Theresa. Congratulations! Please email me at cc@cchunterbooks.com with your postal address. (You have until Oct. 17th to claim your prize.)

This week, I’m giving away an ARC of This Heart of Mine and a USB with The Mortician’s Daughter: One Foot in the Grave on it to two people who leave a comment.

(Sorry, but this giveaway is for U.S. residents only. And if you’re reading this on Goodreads, you must leave your comment on my website blog.) 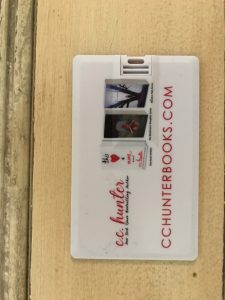