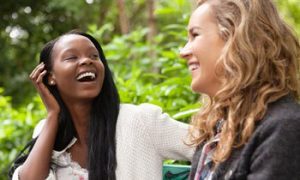 Have you ever felt a bond with someone?  That feeling as if you and this person were meant to cross paths?  As if you connect with this person in a way that you don’t with others? There are several kinds of bonds.  Friends, boyfriends, siblings, family, and mentors. Because my books have so many bonds, I thought today I would talk about the friend kind of bond.

I have friends that I feel as if we were meant to meet.  One of them, life tried to get us together several times.  Years before we became friends, I actually found her missing dog.  I called her, she came and picked it up.  She said thank you, I said no problem and we didn’t see each other for four years.  We met again at a Romance Writers of America meeting.  She looked at me and said, “I think you live in my neighborhood.  I see you walking a lot.”  We chatted and then we didn’t cross paths again for almost a year.  She had entered a contest I was holding to give away a book and she won.  I emailed her to get her address.   She remembered I lived in her neighborhood and offered to just to pick the book up.  We chatted a bit.  Then about a year later, she joined the RWA chapter I belonged to.  This time we decided to start walking together. 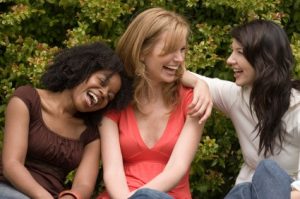 We met at a spot between our houses and walked.  We did that for almost a month.  Then one day, we went by her house. She lived on the street behind me.  Because the streets were not in a grid, we thought she lived about seven houses up from me.  I looked over the fence and surprise.  I was looking at my house.  For twenty years we shared the back fence.  That was eight years ago, and today we walk almost every day.  We tell each other our secrets, our life hurts.  We do a lot of laughing.

Do you remember the bond between Kylie, Miranda and Della?  Those Diet Coke round table meetings where they shared laughter and pain.  Well, in This Heart of Mine, Leah has Brandy.  Leah, in need of a new heart, and with the hardest blood type to match, has pretty much has accepted she’s going to die.  She tries to push everyone away, because she knows how much this is going to hurt the people who love her, but Brandy refuses to go.  She’s there for Leah during the surgeries, the pain, and when Leah gets her new heart, she’s there to help her learn to live again.  We all need those kind of friends.

Do you have a good friend that is there for you?  One that would be there for you through thick and thin?  And someone you would support through hard times?