I’ve been trying to clean my office.  Yes, it’s a mess.  Mostly, it’s a book mess.  I have way to many books. The problem is that when I try to decide which books to donate to the library and which to keep, it’s pure torture. It feels as if I’m giving away friends.  And then there’re the books that have been in my to-be-read pile that I swore I would read before now, but somehow another book, or another deadline, got in the way.  And when I find them I clutch them to my chest and promise soon.

Some of them I may have mentioned before.  And some books I haven’t.  But for today’s blog I thought I’d post about the friends on my  bookshelves that are either on my keeper shelf or on my gonna-read-this-soon shelf. 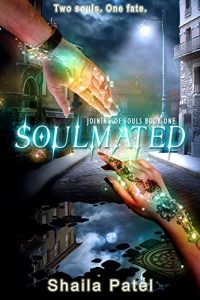 **Winner of the 2015 Chanticleer Book Reviews Paranormal Awards in YA**

Eighteen-year-old Liam Whelan, an Irish royal empath, is being forced to search for his elusive soulmate. The rare union will cement his family’s standing in empath politics and afford the couple legendary powers, while also making them targets of those seeking to oust them.

Laxshmi Kapadia, an Indian-American high school student from a traditional family, faces her mother’s ultimatum: Graduate early and go to medical school, or commit to an arranged marriage.

When Liam moves next door to Laxshmi, he’s immediately and inexplicably drawn to her. In Liam, Laxshmi envisions a future with the freedom to follow her heart.

Liam’s father isn’t convinced Laxshmi is “The One” and Laxshmi’s mother won’t even let her talk to their handsome new neighbor. Will Liam and Laxshmi defy expectations and embrace a shared destiny? Or is the risk of choosing one’s own fate too great a price for the soulmated? 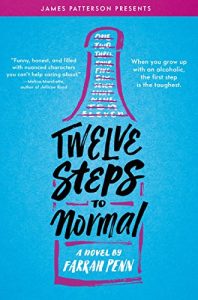 James Patterson presents this emotionally resonant novel that shows that while some broken things can’t be put back exactly the way they were, they can be repaired and made even stronger.
Kira’s Twelve Steps To A Normal Life
1. Accept Grams is gone.
2. Learn to forgive Dad.
3. Steal back ex-boyfriend from best friend…
And somewhere between 1 and 12, realize that when your parent’s an alcoholic, there’s no such thing as “normal.”
When Kira’s father enters rehab, she’s forced to leave everything behind–her home, her best friends, her boyfriend…everything she loves. Now her father’s sober (again) and Kira is returning home, determined to get her life back to normal…exactly as it was before she was sent away.
But is that what Kira really wants?
Life, love, and loss come crashing together in this visceral, heartfelt story by BuzzFeed writer Farrah Penn about a girl who struggles to piece together the shards of her once-normal life before his alcoholism tore it apart. 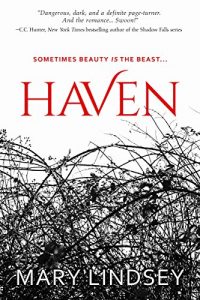 “We all hold a beast inside. The only difference is what form it takes when freed.”

Rain Ryland has never belonged anywhere. He’s used to people judging him for his rough background, his intimidating size, and now, his orphan status. He’s always been on the outside, looking in, and he’s fine with that. Until he moves to New Wurzburg and meets Friederike Burkhart.

Freddie isn’t like normal teen girls, though. And someone wants her dead for it. Freddie warns he’d better stay far away if he wants to stay alive, but Rain’s never been good at running from trouble. For the first time, Rain has something worth fighting for, worth living for. Worth dying for.

Not the Girl You’re Looking For by Aminah Mae Safi 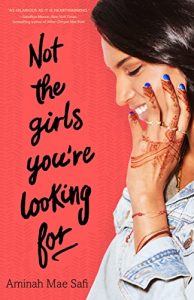 Lulu Saad doesn’t need your advice, thank you very much. She’s got her three best friends and nothing can stop her from conquering the known world. Sure, for half a minute she thought she’d nearly drowned a cute guy at a party, but he was totally faking it. And fine, yes, she caused a scene during Ramadan. It’s all under control. Ish.

Except maybe this time she’s done a little more damage than she realizes. And if Lulu can’t find her way out of this mess soon, she’ll have to do more than repair friendships, family alliances, and wet clothing. She’ll have to go looking for herself.

Debut author Aminah Mae Safi’s honest and smart novel is about how easy it can be to hurt those around you even if —especially if—you love them.

And today I’m giving away a copy of Twelve Steps to Normal and a copy of Haven to two people who tell me about their fictional friends on their bookshelves. (Sorry, but I have to limit this giveaway to U.S. residents.)

10 thoughts on “Great Books and A Giveaway!”