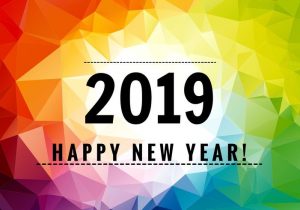 Happy New Year, y’all! It’s hard to believe the holidays are behind us and it’s time to turn our attention to 2019. This is the time of year that I usually ask you about your New Year’s resolutions, and I tell you all about mine. But this year, I have something new for you to consider.

This week I listened to a podcast with various people discussing their resolutions. There were the usual ones: lose weight, exercise more, spend less time on social media, etc. One of the guests (and I can’t remember who it was) had a different approach. She said her therapist told her to stop making New Year’s resolutions because she was setting herself up for failure. Not that the therapist thought she wouldn’t follow through with any of them, but that even if she slipped up on one, she would see that as failure. 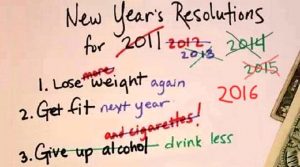 Instead, the therapist suggested she make intentions. They are easier to follow and it isn’t a pass/fail situation. She said we beat ourselves up enough without setting up a list of things we can fail at, then feel guilty over. Now, while I believe in goals and resolutions, I admit that at times I feel a little guilty, too.  So, I’m not going to make resolutions this year, I’m going to make intentions. And while I intend to do these things, if I don’t, I won’t feel like a failure.

Her final piece of advice? Always give yourself a second chance. I like that, too.

So what are your intentions for 2019? What would you like to see happen?

Me.  I want to get healthier.  I want to slow down a little and do some of those crazy things on my I’d-like-to-do-that list.  Go to Scotland and Ireland.  Maybe a take a cooking class.  And always, spend more time with friends.