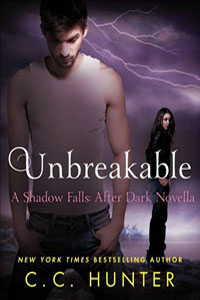 According to a statement from Sheriff Ted Carter, wreckage of a Cessna 210, believed to be the same one flown by Dr. Edward Tallman, was spotted in the Jasper Mountain Range. A SAR (Search and Rescue) team was called in when twenty minutes after takeoff the plane fell off radar yesterday at 4:20. Two helicopters from Mountain Rescue Association (MRA) searched the perimeter of the area yesterday but didn't spot the downed plane until this morning. Due to low clouds and high winds, visibility of the crash site was poor and they were unable to spot any signs of survivors. Flying with Dr. Tallman were his wife, Amy, their two teenage children, Mindy and Chase, as well as a family friend, Tami Collins.

Emergency ground crews have been put on call, but are waiting for a break in the weather. A spokeswoman was quoted saying that they know it's imperative to get to the site as soon as possible, but the safety of their crew must be considered.

It was speculated that Dr. Tallman and his family may have flown into Jasper to take part in a genetic study, however no local research facility reports any of the Tallmans' participation. Meanwhile, friends of the Tallman family and the parents of Tami Collins are in Jasper praying the news will be good once Search and Rescue teams are on the ground.

Chase Tallman watched as the bright-eyed, bloodthirsty lab tech tied a large elastic band around the middle of his arm hoping to expose a few of Chase's veins.

"There's a good one," the woman said as she passed two fingers over the crook of his arm where a blue vein now bulged out. "You have great veins," she said, sounding sincere.

Her hands were cold. Extra cold, making a chill run up his arm.

"Just a little stick and we'll be done." She smiled at him and reached over to pick up the needle with the large tube attached, taking the plastic tip off the syringe. Shit! How much blood did the woman need?

He freaking hated needles. But he didn't flinch. Fourteen was too old to flinch. He hadn't even cried when he broke his arm last summer during baseball practice. It had hurt like hell, but his coach had been the one to take him to the hospital and the last thing he'd wanted was to look weak in front of his coach.

Chase glanced around the small lab in the doctor's office that was practically hidden in some remote part of the Rockies. He wasn't exactly sure why his dad had insisted on them taking part in this research study, but it had to be pretty important for his dad to get his plane checked out and fly them up from Houston to participate.

Not that Chase liked it. Who gave up their blood for no reason? But the promise of a weekend in a cabin in the mountains, plus the plane ride, made it worth it. The fact that his sister's best friend, Tami Collins, tagged along, made it more than worth it. Hell, he'd let them stick him with needles all day for the pleasure of seeing her in her bathing suit again. Holy cow, she'd looked hot last night when she'd joined him and his sister in the hot tub.

For a second last night, he would've sworn she'd been playing footsies with him. It could have been an accident, but he hoped not. And he wished like hell he hadn't shifted away.

He liked to think she'd finally stopped looking at him as her best friend's baby brother and started looking at him like . . . a guy. A potential boyfriend kind of guy. Hell, he was less than a year younger than she and stood a good eight inches taller. Most people took him for at least sixteen.

Feeling the prick of the needle, the medical tech dug around for a vein. To distract himself from the pain, he closed his eyes and thought of Tami's dips and curves, of how her dark brown hair had looked dancing on her bare shoulders. It worked, too.

Unlike most of his friends who were into computer games and denied their fascination with the opposite sex, Chase gave up his denial. He'd rather study a pretty girl than get to the next level of Battlefield 4 any day of the week. Hell, he'd rather touch or kiss a girl than play baseball. And he really liked playing baseball.

Problem was, he was better at sports than he was at even getting close to first base with a girl. Or at least that's what Susie Muller told him last year after the eighth grade dance. But the girl had braces, how was he supposed to kiss her?

Somehow he just knew if he got the opportunity to kiss Tami, he'd be better at it. She didn't have braces and her mouth was . . . so soft looking.

Hell, he'd practiced kissing her in his fantasies a hundred times. He should be an expert by now.

"All done," the lab tech said, patting Chase's arm with one hand while she pressed a cotton swab over the tiny drop of blood oozing from the needle's prick. "Oops, I'm out of Band-Aids here. Hold this for me."

He put his finger on the ball of cotton. She reached around to get a Band-Aid out of the cabinet. He kept his finger on the piece of swab, but probably not hard enough, because a red stream of blood seeped from under the cotton ball and oozed down the crook in his arm.

"Push on it a little harder," she said, still facing the cabinet as if she knew he was bleeding. Then she turned and peeled the Band-Aid open.

As she secured a bandage over the puffy piece of cotton, he glanced up at her. When her eyes shifted upward, he almost gasped at how her eyes glowed. They had been bright green before, but now they were fluorescent lime green.

As if self-conscious, she glanced away and seemed to purposely not look back at him. Or at least it appeared that way.

"You can go," she said, taking more Band-Aids out of the cabinet and putting them on her cart.

He didn't have to be told twice. Not actually scared, because he was too old to be scared, but slightly freaked out, he rose from the chair and started out.

As he stepped out of the room, he heard his dad's deep voice boom down the hall. He looked over his shoulder. His dad stood in the doorway of another small room with a man wearing a white lab coat.

"You'll let me know the results as soon as you can, right?" his father asked.

What results? They were here for a research study. Weren't they?

Chase watched the two men shake hands, and then feeling as if he was eavesdropping, he turned and went in search of the waiting room to find his mom, and hopefully Tami.

"Did you cry?" his older sister Mindy asked as Chase walked up to where she stood with his mom and Tami.

He shot his sister a frown and would have shot her the bird if his mom hadn't been beside her. "Not as hard as you, I'm sure," he smarted back, looking at her Band-Aid. His sister, barely five feet tall, could always be a big pain in the ass, but she upped her game anytime Tami was around. Why, he didn't know. Did she secretly know that he had a crush on Tami and just wanted to make him look bad?

"Did it hurt?" Tami asked, looking from his sister to him.

"A little," Mindy answered, and tossed her dark hair over her shoulder.

His sister rolled her blue eyes. "Be careful or he might ask you to kiss it." She snickered.

Okay, that did it. He didn't care if his mom saw or not. He gave his sister the third finger salute accompanied by a go-screw-yourself scowl.

"Chase!" Mom reprimanded, but he ignored her. If she wanted him to behave, she was gonna have to control her firstborn who excelled at being a bitch.

His sister looked triumphant at getting Chase scolded. But he noted that Tami just grinned.

"What kind of test was it?" Tami asked, and her dark brown eyes looked back at his mom.

"Just a general research study on genetics," his mom answered.

Chase thought about his dad asking for the results. Something wasn't adding up.

"You mean, like if you guys will get cancer or something? My mom had a test to see if she would get breast cancer. She won't. Her blood work confirmed her tatas are safe," Tami said.

He almost laughed. Yet, right after hearing Tami say "breast" and "tatas," the temptation to glance at Tami's chest beneath her red sweater swept through him. However, not wanting to get caught ogling, he reached down and picked up a sports magazine and pretended to be interested in the cover. But, hands down, he'd rather have been looking at her breasts then Billy Hamilton's ugly mug. He didn't care how good the guy was at baseball.

"Then what was it for?" Tami asked, innocently enough.

Chase glanced up, his own curiosity piqued, thinking his mom might have learned something about it by now.

"It's just a research study." Frustration sounded in his mom's voice. Though he didn't understand why she would be upset at Tami for asking the same questions he'd heard her ask his father two weeks ago. Oddly, Dad had given Mom the same vague answer as she gave Tami now.

His dad walked out from the back room, wearing his own Band-Aid. Right then, it occurred to Chase that they hadn't tested his mom. If it was really just some random research study, why hadn't they tested her as well? He almost asked, but decided his dad would answer better if they were alone.